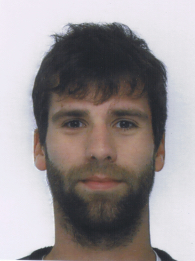 He started studying biology in 2011 and obtained a master of Science in Medical Biology at the University of Lausanne in 2016.

In 2018 he started a PhD in Biotechnologies and Life Sciences at the University of Insubria, Varese.

His PhD thesis was on “Development of new products for autologous cell therapy”.

In 2022 he became post-Doctoral researcher at the Swiss Stem Cell Foundation. 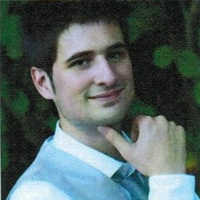 Luca Mariotta, born in Locarno in 1981, obtained a high school diploma in literature.

In 2000 he started his study in biochemistry at the ETH Zurich and then switched to general biology at the University of Zurich where he obtained a Bachelor of Science. From 2005 and 2007 he worked on the regulation of transcription factors under the supervision of Prof. Markus Noll and achieved a Master of Science in molecular and cellular biology. From 2007 and 2008 he remained at the Institute of Molecular Biology as a research assistant in the lab of Prof. Konrad Basler.

There he aimed to identify novel molecular component of the wnt-signaling pathway. In 2008 he joined the Ph.D program Integrative Molecular Medicine (ImMed) at the Institute of Physiology of the University of Zurich.

Under the supervision of Prof. François Verrey, he worked on the in vivo characterization of amino acid transporters.  During that period he had the opportunity to present his work in several international contests like Kyoto, Washington and Copenhagen.

In 2012 he then obtained his Ph.D in life science. In 2013 he joined the Swiss Stem Cell Foundation as a Postdoc where he supervises the research projects.